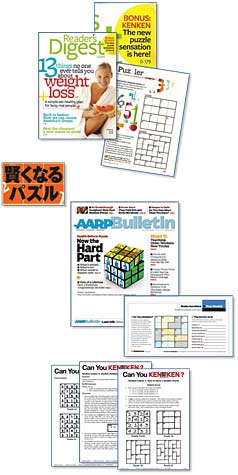 Trivia about your new favorite game

“Ken” means “Wisdom” in Japanese, so KenKen is “Wisdom Squared”

The original Japanese name for KenKen is “the Kashikoku Naru puzzle,” which means “the It-Makes-You-Smarter puzzle”

KenKen was invented by Japanese math educator Tetsuya Miyamoto in 2004, under his philosophy, “The Art of Teaching Without Teaching”

KenKen appears daily in the New York Times newspaper since 2009, the only daily feature ever added since NY Times crossword puzzle.

KenKen is for everyone. No age, gender or language limitations