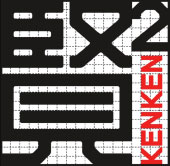 As KenKen sweeps across the globe, the reviews come pouring in! From the most prestigious newspapers to the most adept puzzle solvers, everyone agrees that KenKen is fantastic, both for fun and learning!